MARSHALL GETS BEHIND HELP FOR HEROES RALLY 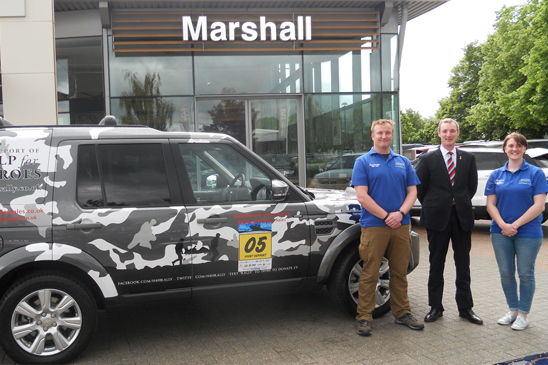 The Help for Heroes 4x4 European Rally, every year Marshall Military Sales support the H4H rally via a liveried Discovery for the event.

Marshall Military Sales has been a long time supporter of military charities including Help for Heroes.

H4H Rally Said: We are now less than £30,000 from hitting the £1m target. A huge thanks for all the wonderful support - without that support this event simply would not take place and Help for Heroes would not have £970,000 in its coffers. You are all very much part of our £1m journey.

Two soldiers with life changing injuries have teamed up for this year's 4x4 European Rally challenge to raise vital funds and give something back to the charity that continues to aid their recovery.

The 'off-roading' rally is organised by Keith Bowen and his son, Tim Price-Bowen and sets off on 13 June 2015, covering a staggering 2000 miles through Europe following the path of the WW2 Allied Invasion.

This year's event, 'The Final Mission', which will be taken on by 45 teams each with one 4x4 vehicle, has a specific goal of passing the £1 million fundraising milestone for Help for Heroes (H4H) since the inaugural rally in 2010. 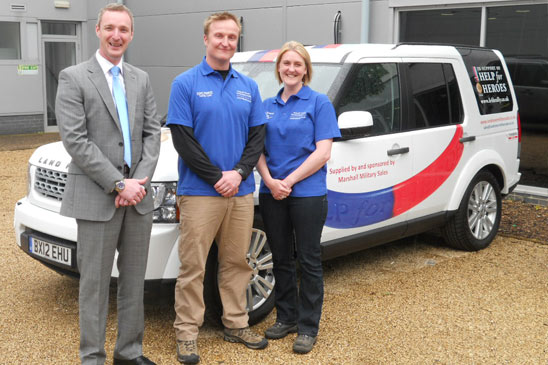 Photo from Last year, Richard was presented with a special certificate and sincere thanks for the wonderful support he as provided to the event over the last 3 years, which has raised in excess of £630,000 for Help for Heroes.
Keith Bowen/Tim Price-Bowen

Marshall's has been with us from Day 1 on our adventure known as the Help for Heroes 4x4 European Rally - which has seemingly become an annual even. From our perspective, as organisers and on behalf of the crews that take part, we remain hugely indebted to you for your magnificent support and association with the rally - a mega 'thank you'.

As ever, our many thanks for everything and our very kind regards.

Find out more about the Help for Heroes 4x4 European Rally 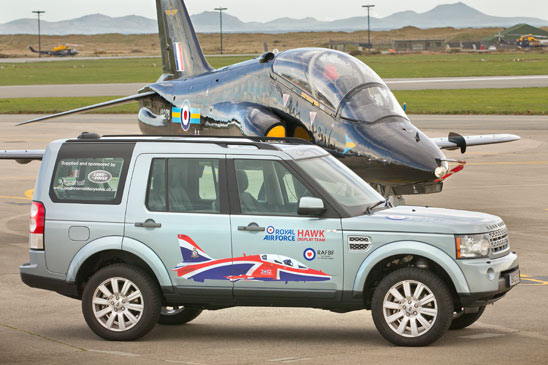 Marshall Land Rover Military Sales is delighted to announce its sponsorship of The RAF Hawk Display Team, providing a Land Rover Discovery as part of the package to assist in transporting the pilots of this superb, professional team.

The Hawk Display team is the public face of Number 4 Flying Training School (4FTS) based at RAF Valley on Anglesey and their full time mission is to train the Royal Air Force and Royal Navy combat pilots of the future.

Find out more about the RAF Hawk Display Team

Marshall Military Sales have risen to the challenge by providing a special liveried Defender to support Ken Jones running up to this years special forces fan dance race. The event is a gruelling 24km non-navigational race over two sides of Pen Y Fan, the highest mountain in the Brecon Beacons. This infamous route has long been a part of SAS (Special Air Service) and SBS (Special Boat Service) Selection and is considered the yardstick of a candidate's potential to perform well on Test Week and ultimately pass the Special Forces Selection programme. Running up to and after this years event the Defender will play a integral part in preparations.

Find out more about The Fan Dance Race Series 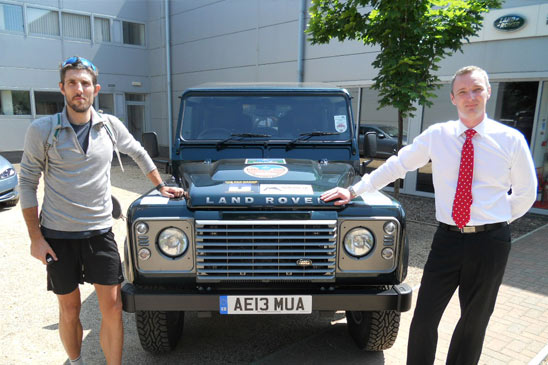 We may receive a commission from our lenders for arranging finance for you. For further information on our commission arrangements please see our Finance Commission Disclosure Statement

More about our credit-broking services & our insurance distribution activities